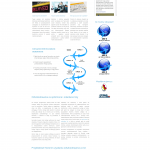 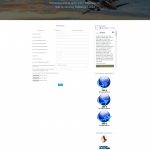 The flight compensation service provider, Zwrotair is one of the acclaimed Polish companies. It is a relatively new organization, established in 2017. There are various situations for which the premier company supports passengers with a compensation of 250 to 600 Euros per person. They urge travelers not to wait for their case to expire. The earlier the report is made, quicker is the amount compensated. There are few simple steps that they incorporate to automate the process such that action is taken at the earliest. Zwrotair is operating under EU Regulation 261/2004. In addition, this company is not a scam, it is legit company and in the review below you may find more information about it.

The client assistance team at the back-end usually responds very quickly with an active Facebook. In fact, user posts can be found at their website. There is a FAQ where users can get answers to all their queries. It provides multiple ways of communication such as through email, Facebook, and live chat. Hence, clients can reach out to them at the earliest with faster response rates. The company helps through Polish only, but support isn’t personalized either. The missing user area means customers must contact the team via phone, email, or chat.

The submission form is easy to fill-up with a step-by-step compensation guide. The four simple steps include attaching the relevant travel document for specialists to analyze the case. Once the investigation is complete, a specialist contacts the client to explain about the proceedings further. Compensation is availed to the client’s satisfaction. The team at Zwrotair.pl realizes that flight cancellations and refunds are a hassle. Not everyone has the right insight into how to recover the amount. Zwrotair.pl makes the process a little simpler as they have years of experience and an efficient team working behind it to prevent unexpected situations to curb passenger’s travel plans.

Neither should a denied boarding or delay impact a holiday trip. The company helps passengers retrieve compensation claims from airlines that is obliged to take adequate care of their guest. In several cases, the company has been able to recover a compensation of 250 to 600 Euros per passenger. The team does not offer an update about the exact amount that can be claimed, but users have found their website interface quite simple and effective. Moreover, it is mobile-friendly which enables users to track their service request on the go.

They are also rated a good 7.7 on Trust Pilot and a splendid 5 on Facebook! The company is quite active on most social channels. It complies with cookies but lacks adherence to GDPR. Zwrotair.pl is quite transparent providing all company details except from the team member list on their website.

I recommend to all the zwrotair who want to fight compensation for a delayed flight. Above all, it is important to appreciate the reliability and ease of contact with the company and to ensure that the case is won despite the stubborn carrier 😊 I hope for more delayed flights in

Thank you so much for the quick getting compensation for flight from Georgia to Poland! Sensational, fast and nice service! Instant answers to questions! I can strongly recommend to everyone to for a refund for delayed flights! Good luck!

The company has risen to the task! Very good contact and quick action. It was a win-win case and the money immediately appeared in the account on the same day. I recommend it!

Thank you very much again . company worthy of command and Mr. Adrian Super guest contact 100 % always . July 2017 Egypt late flight over 4 hours case has been dedicated to a larger company after 6 months I got the answer that lipa from case after I’ve been given an update to the company for 4 weeks. Transfer to my account also in three migs .sum of compensation almost compensates my holiday in July to turkey .Thank you so trzymac. I recommend with clear conscience all .

A truly trustworthy company that in a professional way helps to obtain compensation. The crew is helpful, asking for details and is clear when it comes to documents that need to be delivered. I’m very pleased that you’ve come to this company and I’m going to tell anyone who has problems with their flights in the future!

Thanks to the company’s help, I received compensation for an cancelled flight from Lufthansa Airlines. All you had to do was send on the boarding pass and pass on the proper authority, and the company company took care It took a long time, but these are procedures that I probably wouldn’t have done myself. I recommend to everyone who wants to receive compensation from the airline.

I recommend all of this company that has done all the formalities for me. Thanks to you, I have received compensation for the cancelled flight and the reimbursement of food and drink costs for which I had to pay at the airport all day. I highly recommend it!

In August flying air Cairo to Egypt, we had a 19.20-hour delay on the carrier’s fault and instead of taking off at 19.20, we took off until the next day at 19.20 And instead of at the hotel to be at night, we were only at 10 pm and we lost that day nurkowo because the crew in the morning on loons went without us 🙁 When we got back, the first thing we did was quickly through a certain company (supposedly one of the best according to internet opinion) we applied for compensation. We’ve received the necessary documents, and we have given a mandate and…. Waiting, waiting, waiting… On this company’s website, we were able to watch the status of our case, basically nothing happened. After 4 close months we received an answer that unfortunately failed. That Air Cairo is an Egyptian Company, with jurisdiction, no representation in Poland, that force majeure and such other blah-Blah-blah legal language. We made an appeal to this company and we re-received a type of blah, blah, blah 🙁 Embarrassing. And then we heard about the company company. A company much smaller than the first one. But we thought it was worth trying again. Perhaps in this case, paradoxically, the smaller one could be more? And we tried 🙂 And to our most surprising surprise, after 3 weeks, we have been informed that they have managed to fight for us the compensation that almost paid us the cost of leaving. And the next day, the money was in my account. And yet you can get compensation for a delayed flight from air Cairo and it’s not small!!! Because you want to. Zwrotair thank you and recommend with all heart <3 Competition – you have a lot to learn from them. And certainly a different approach to the client and his cases.

I strongly recommend it. The compensation was in my account two weeks after the case was filed.

I recommend you! Compensation for delayed flight won without any problems, thank you very much!

Efficient and in a few weeks recovered compensation for cancelled flight. Thank you. I can definitely recommend!

I recommend it! Professional help. Constant contact, current information on the case.

I highly recommend this company. I’ve already paid the maximum compensation twice, and I haven’t waited long. The first time, I waited a month and two months. Full Professionalism!

The company would pay us a compensation they wouldn’t pay us for a 18-hour delay. It lasted 9 months, but it finally worked. We cordially recommend Mr. Adrian and thank you.

I highly recommend – ryanair tried to dispose of me, explaining cancelled flight ugly weather. Zwrotair appeared on my behalf and received compensation – other companies did not even want to take it because it was ryanair.

A specific company!! Mr. Adrian was very professional about the case and we received compensation for a delayed flight. Thank you �

I recommend it. Quick, Mila and expert help. In a month, I had an account compensation.

Professionalism. They made the compensation even though many said that the case case

Great. They took care of everything, even though it wasn’t easy…. they took all the action. Thank you �

I wasn’t even sure I needed any compensation. On Sunday afternoon zwrotair explained to me that there was something to fight for and succeeded – including extra costs 🙂 recommend!

Full Professionalism! Mr. Adrian explained everything during the phone call. THE WAITING TIME FOR COMPENSATION FROM THE EGYPTIAN LINE IS MORE THAN 7 MONTHS (when he tries to settle it on his own) and we, thanks to the help of zwrotair, after 2 weeks we have already had money in the account! The only thing we regret is that we’re so late for this company company.

I recommend!!! Professionally and quickly!!!

Quick and professional service! I recommend it.

Quickly and efficiently they recovered from the flight to my family and my family.