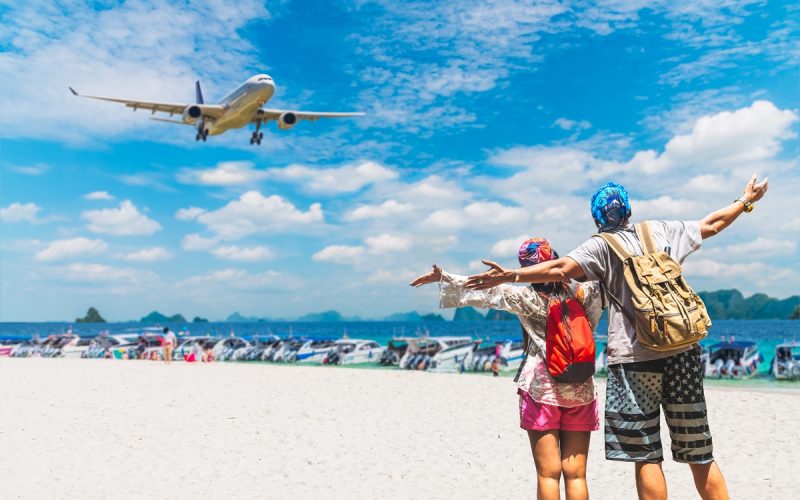 Ryanair passengers will face some problems during summer holidays thus Ryanair flights might be delayed or cancelled due to pilot strike in August and September 2019. Air passengers have the right to receive flight compensation for flight delays or cancellations due to airline strike.

All started from union BALPA (British Airline Pilots Association) which tried to reach an agreement with British Airways for pilots salaries and other work conditions. The majority of British Airways pilots voted in the ballot for the industrial action. However, BALPA and BA are still in negotiations.

Ryanair pilots also belong to the union BALPA the same as British Airways pilots the majority of them voted for the industrial actions in the ballot. BALPA has already announced the dates of the strike for Ryanair pilots.

When is Ryanair strike held?

The latest Ryanair strike update in the UK: Ryanair pilots are planning to go on strike 22 – 23 August and 2 – 4 September in the United Kingdom. The first strike will take 48 hours, the second one – 72 hours.

There is also Ryanair cabin crew strike held between 21 and 25 August 2019 in Portugal. You may read more about this strike in “Ryanair strike in Portugal 2019 August”.

BALPA is not the only pilot union which planned the strike, Irish pilots also think of going on strike. Ryanair pilots who are members of IALPA (Irish Air Line Pilots’ Association), which is a branch of the much larger union Forsa, 94% of union members voted in the ballot for the industrial action. However, the dates of IALPA strike are not yet announced. Ryanair pilots in Spain will also vote for strike actions. Spanish pilot’s union SEPLA is considering strike action.

Despite none of the flights were cancelled during recent strikes, BALPA announced further strike dates:

What flights are affected by Ryanair strike?

It’s hard to predict which flights will be delayed or cancelled due to Ryanair strike. However, the fact that the striking pilots are all based in the UK indicates that flights to and from UK airports will be definitely affected. Stansted, Ryanair’s main UK base, might have most flight delays and cancellations.

Not all BALPA pilots will go on strike and not all Ryanair pilots belong to the union BALPA, thus not all there will be flights that will not be affected. Furthermore, Ryanair will do everything to avoid delayed or cancelled flights by replacing pilots. Tens of thousands of air passengers might be affected on those strike dates.

Some flights might get cancelled during Ryanair strike, so passengers should check their flight status with the airline. Ryanair usually informs about flight cancellation 2 – 3 days before departure.

Can I get cancelled or delayed flight compensation due to Ryanair strike?

Yes, air passengers may be entitled to flight compensation if the reason for the delay or cancellation was Ryanair or any other airline strike.

How to claim Ryanair strike compensation?

You might think it is better to claim delayed or cancelled flight compensation directly from Ryanair as you don’t have to pay any commission to anybody, but the reality is different – you may read the article “AirHelp won court against Ryanair” in order to understand, how long the process of claiming might take. Definitely, the quicker and more choice would be using flight compensation company service, such as AirHelp or any other. You will find a list of Best Flight Compensation Companies on our website with their reviews and ratings.

Check: how much flight compensation you might get with our Flight Compensation Calculator.