SAS airlines strike: can I get compensation? 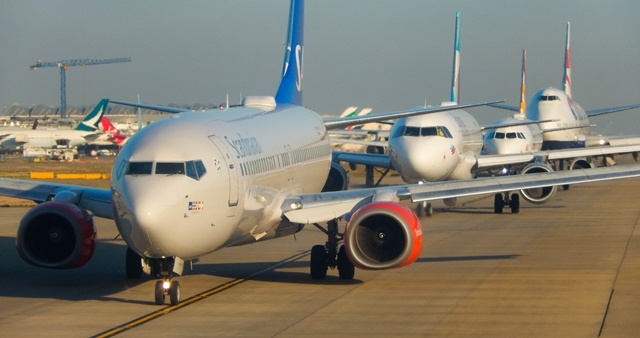 Scandinavian Airlines (SAS) cancelled more than 1200 flights due to pilot strike. If you experienced flight delay or cancellation because of SAS pilot strike, under EU Regulation EC 261, you are entitled to up to 600 euro flight delay compensation.

Monday and Tuesday flights operated by Scandinavian Airlines were cancelled as SAS pilot strike that has changed the travel plans of thousands of air passengers entered its third day on Sunday. SAS pilots went out on strike on Friday (26 of April), around 70 % of the flights were grounded and about 280,000 passengers were impacted.

SAS managed to escape bankruptcy threat in 2012. Rising fuel costs, unstable currencies rates, increase in flight delay compensation payouts and overcapacity among European airlines has put pressure on carriers, including SAS. Some of the airlines did not managed to survive till 2019. And now each day of SAS pilots strike costs airline a lot.

It happens that airline’s staff or crew goes on strike, this causes flight delays or cancellations. Strikes become quite usual flight disruption. These inconveniences affect passengers, however, not everyone knows Air Passenger Rights. If you experienced delays or cancellations due to airline strikes and your flight was to or from the EU, you may receive up to 600 euro airline strike compensation. Airline staff strikes include strikes of the employees of the airline, such as pilots, cabin crew, airline engineers, and other employees working directly under the airline.

When can I get flight strike compensation?

You may receive flight delay compensation from SAS or any other airline if:

If you were affected by delayed or cancelled SAS or any other airline flight due to airline strike, you may check your possible flight compensation with our free Flight Delay Compensation Calculator and choose the Flight Claim Company from our TOP companies list. You will find reviews and ratings of each claim company.