7 Things to not do on a plane 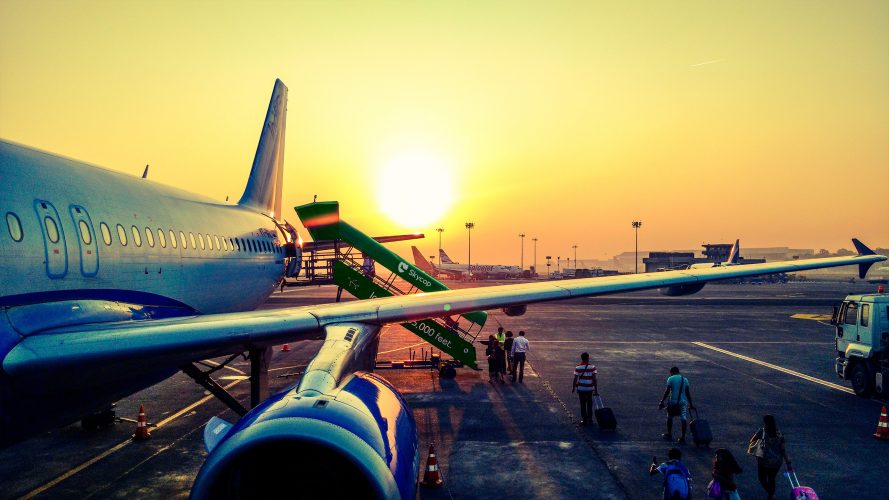 Ah, aviation, the mode of travel that whisks us to our destinations with great speed and some comfort. You’d think that something that ubiquitous in our daily life would have a set of rules that everyone agrees to follow. Well, you know that’s not the case! There are still many ways that people can make a flight a pain to themselves and their fellow travelers. So here are 7 things you shouldn’t definitely NOT do on a flight.

The advice that we all wish our “funny” uncles and “joker” friends followed. Forget that joking about bombs or hijackings on a plane is unimaginative and lazy. Some people just can’t be helped about their joke quality. However, you must realize that terrorism is a very real fear for some people – including airline employees.

You saw the sign encouraging you not to make these kind of jokes at the security line at the airport. You should know that stepping on the plane is the license to start cracking them, either. You might get into serious trouble if people misunderstand your (bad, misplaced) joke. Heck, the fact that you might cause needless stress to your fellow flyers would be enough. Either way, don’t joke about bombs and hijackings on a plane.

No matter how much Quentin Tarantino is offering to pay you, don’t go barefoot on a plane. For one, nobody wants your likely smelly, sweaty feet in their personal area – and it’s almost impossible to not intrude into someone’s space on the plane. However, you should also think about your own health, too.

Planes aren’t sanitized after every flight. They do carry millions of people from various exciting corners of the world every day – which also means ferrying their various exciting germs and microbes. You neither want to spread your own stuff around, nor do you want to get any new ones. In fact, as far as germ awareness goes, you might want to avoid airline headphones (“freshly wrapped” doesn’t mean “freshly sanitized”), coffee or tea (bacteria tend to breed in plane’s water tanks) or just touching any stuff you don’t need to touch. If for-profit hospitals have a hard time caring enough about germs to kill all of them, airlines care even less. After all, it costs money and turn-around time!

We’re not talking about water and juice here, though people would probably appreciate you not going to the bathroom too often. Naw, we’re talking about alcoholic beverages and people who think that getting sloshed on a flight is cool. Turns out, it really isnt’t!

Aside from possible health complications due to plane-related stresses, you really don’t want to be one of the people who get dragged off the plane for drunk shenanigans. The potential outfall from that is even bigger than the disruption to you trip and the appearance on the tabloids would imply. And at the very least, you’re causing discomfort for the other travelers. I think we can all agree that everyone wants to avoid that!

Speaking of not causing discomfort: please be quiet. This is a good rule of the thumb for basically any public place or mode of public transport. However, it’s even more pertinent to air travel. For you see, this isn’t is quick hop on the bus where you can say “oh, they’ll get off soon anyways” (you shouldn’t be thinking that, though). Your fellow travelers are stuck with you on the same titanium tub that’s flying through the air. They can’t really go somewhere – and they shouldn’t. It’s you who is being rude.

In addition to that, you should really touch your children to be quiet on the flight. You might find their precocious antics to be fun and exciting, but others definitely don’t. In fact, some of those people are trying to catch some shut eye and they shouldn’t suffer for your unwillingness to engage in parenting. Do teach your children to behave on a plane and if anything, the other passengers will be impressed.

This is one is so old it might as well be gold. Don’t use your phone on the plane. The electronics onboard might be shielded from interference, but the authorities (and the pilots) don’t want to take any chances. It’s imperative to not interfere with the systems during take offs and landings, which is when the plane is at its most vulnerable. Oh, and if something bad was to happen on the plane, all those phones and laptops would instantly become projectiles heading towards someone’s face.

You know what else nobody wants to experience in a pressurized cabin streaking through the sky? Fire and smoke! Both of those are produced by cigarettes, so you best not light up while you’re above the clouds. You can be fined up to $5000 for doing it. You should also be mindful that many other passengers don’t smoke and don’t really appreciate the smell.

This one is just aimed at being comfortable in flight. Due to the peculiar conditions inside the aircraft, your eyes get drier than they do on the ground. Hence wearing contact lenses can quickly become super uncomfortable. That’s why you should opt to wear glasses for maximum comfort.

And we’re back to being decent towards the other people that you’re travelling with. If you’re not flying first class, chances are that the personal space everyone gets is limited. Well, you probably don’t want to make it even more limited by selfishly reclining. And you should certainly be more careful with backrest shenanigans when it’s meal time – you might end up spilling stuff.
You check your back before you recline. You can recline some, but going full tilt is only justified on long flight when most people are asleep and reclining yourself. Other times, it’s better to ask.