The five busiest airports in Europe 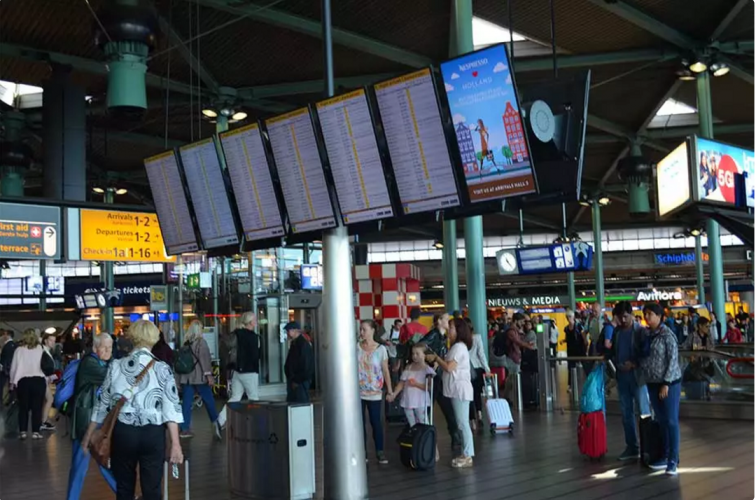 1. London Heathrow Airport
Approximately 80 airlines will take you to 180 destinations spread across 90 countries from London Heathrow. As Europe’s busiest airport, London takes you literally everywhere in the world. With direct flights to each continent, London is the main hub connecting the world to Europe. The airport consists of four terminals and two runways. London Heathrow’s third runway has gotten the seal of approval from the government and is set to be finished in 2021. The runway and Heathrow expansion is urgent, as the airport is unable to grow further and operating at full capacity, resulting in operational issues.

Last year, in 2017, 5241 flights were cancelled from and to London Heathrow Airport. 2247 flights suffered a delay of three hours minimum.

In 2017, 7055 flights from and to Amsterdam Schiphol got cancelled. Another 2444 flights were delayed for three hours or more(!).

5564 flights from and to Frankfurt were cancelled in 2017. 1545 flights were delayed for three hours or more.

4. Paris Charles de Gaulle Airport
Paris Charles de Gaulle Airport is de largest airport in France and fourth largest airport in Europe. Almost 69 million passengers travelled from or to Paris CDG last year. The airport is part of Paris Airports, along with Paris Orly Airport. Paris CDG is the main hub and home of Air France. Especially flights to Africa and South-America are connected to the Parisian airport.

Paris Charles de Gaulle Airport had to process 3537 cancellations in 2017 as well as 2945 delays of three hours minimum.

Madrid Barajas suffered 1736 flight cancellations from and to Madrid in 2017. 1449 flights were delayed for three hours or more.

Was your flights to or from one of these airports delayed for more than three hours? You could be entitled to compensation of up to €600 per person!