Airports with most delays in summer 2019 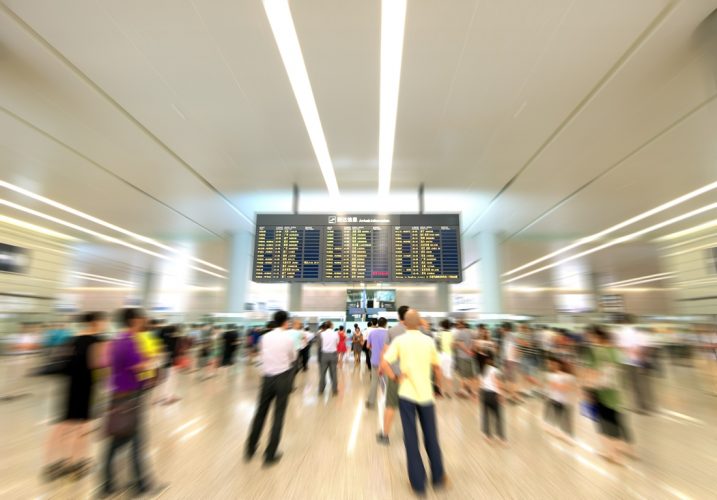 If your flight was delayed or cancelled in the summer of 2019, you might find the airport of your delay in the AirHelp, flight compensation company, list. Sadly, most air passengers are unaware of their rights and rarely claim what airlines owe them properly.

How was AirHelp survey performed?

AirHelp has made a list of the most delayed airports and departing flights this summer in the US, European Union and UK. The flight compensation company studied more than 1000 flights during the period  June 1, 2019 – July 31, 2019, for this survey. Delays in the study were considered flights delayed for over 15 minutes or cancelled.

Wich airports are the most delayed in summer 2019 in Europe?

For example, Greece is high on the list. Only 47% of all flights which depart from the Aegean isle of Mykonos (JMK) were on time. This airport is the most disrupted airport in Europe. In another Greek island, Santorini, (JTR) and Athens (ATH) itself there were 56% and 60.3% on-time flights, respectively.

However, Greece is not as bad as it might seem to be, the on-time performance of Britain’s London Gatwick (LGW) was even worse than Athens, with just 59.2% of flights departing on time. At Italy’s Venice (VCE) airport there were a 61.1% on-time flights, Portugal’s Lisbon (LIS) just 62.1%, and even Germany’s Frankfurt (FRA) managed a 63.3% on-time rate.

Wich airports had the most delays in summer 2019 in the US?

What air passenger rights are valid in Europe?

In the European Union air passengers are protected by more generous flight delay compensation laws than in the US. Regulation EC 261 is valid for flights departing from the EU and arriving at the EU (in this case the airline must be EU-based). If your flight was delayed and you arrived at your final destination more than 3 hours late due to the delay, you may be entitled to up to 600 euro flight compensation. In case of the cancellation, the airline must inform you about the cancelled flight 14 days before departure, otherwise, the airline will have to pay compensation. Denied boarding due to overbooked flight is also eligible for compensation.

As experience shows, the easiest way is to use flight compensation company service because the airlines are not always cooperative. You will find a rating and reviews of AirHelp and other companies on our website. Yes, AirHelp is not the only flight claim company, despite its awareness, there are alternative companies to AirHelp as well.