Study: Almost Half of All US Air Passengers Feel Mistreated by Airlines 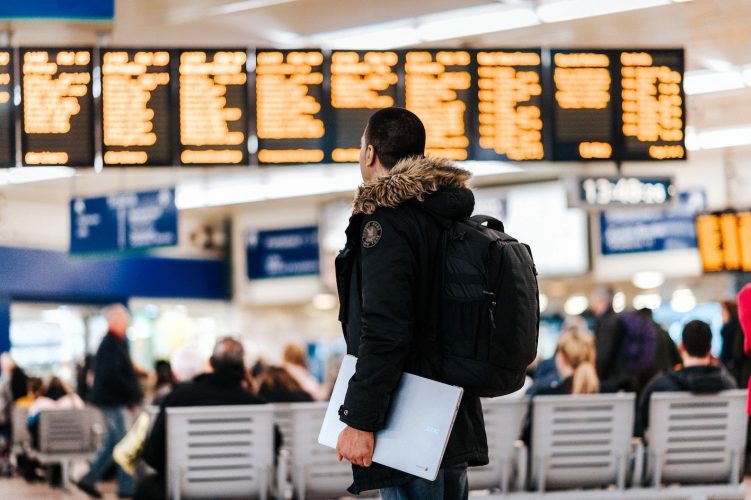 NEW YORK, April 24, 2018 — According to a recent survey conducted by AirHelp, the world’s leading air passenger rights company, almost half of US air passengers feel mistreated by airlines. According to this survey, which included more than 2,000 respondents, almost one tenth of all travelers who experienced flight disruptions reported being stranded at the airport when their flights were delayed, and more than one in every 10 passengers reported having missed a relationship milestone or special event due to a flight disruption.

According to EU regulation EC 261, which protects U.S. passengers on flights on European airlines flying to the EU, and any flight departing from an EU airport, airlines must provide passengers affected by lengthy delays of more than three hours, flight cancellations, or boarding denials due to overbookings with compensation of up to $700, in addition to meals and drinks for all delays of more than two hours. Also, if necessary, due to a flight delay or cancellation, airlines are obligated to provide passengers with a hotel room and the transportation there.

“My flight was delayed then cancelled and I wasn’t told why. They rebooked on a different flight that left 1 day later. I was not offered any assistance for the extra time I had to stay in Switzerland. I had nearly a full 24 hours to stay, and had to take a tram for $30, a cab the next morning back to the airport for $120,” reported one air passenger. “They didn’t offer me a hotel voucher or any food either. When I asked them where I was going to stay that night or what I should do, they told me ‘that’s not my problem.’ I’m 15 years old and was travelling alone.”

Not only do stranded passengers at the airport complain about poor service, or feel that they are mistreated by airlines. AirHelp’s survey also found that less than 65 percent of passengers feel airlines are trustworthy, with more than four out of every ten passengers saying that they have felt the airlines were dishonest with them about the cause of flight delays or cancellations.

“For years, there has been an oversupply of airlines flying along the same routes which leads to price wars, especially on holiday routes. Therefore, airlines reduce customer service offerings in order to maximize profits, frequently leading to the mistreatment of air passengers. As a result, passengers are sometimes faced with rude staff, and are experiencing extreme delays and disruptions that the airlines can avoid or eliminate.

Our survey results show that almost half of all air passengers in the United States feels that they are being treated badly by the airlines. The airlines have a duty to act in a customer-oriented manner in order to regain the trust of their passengers.”

Flight problems: These are the passengers’ rights

In case of a delayed or canceled flight, and in instances of denied boarding, passengers may be entitled to financial compensation of up to $700 per person in certain circumstances. The condition for this stipulates that the departure airport is within the EU or that the airline carrying it is based in the EU. Furthermore, the reason for the delay in flight operations must be caused by the airline. The right to financial compensation must be claimed within three years of the delayed date of the flight.

On the other hand, extraordinary circumstances such as storms or medical emergencies mean that the operating airline is exempt from the obligation to compensate air passengers.

In early 2018, AirHelp launched a brand new tool to help travelers sift through eligible flights. The app concentrates specifically on flights that are eligible for compensation, and with permission, the tool can check up to three years prior by simply connecting a traveler’s inbox to AirHelp.com. With AirHelp’s secure app, affected passengers can also check flight eligibility while at the airport. The app will analyze if a flight problem qualifies for compensation and will then register a claim within a few seconds. The AirHelp app is free and is available at the Google Play Store and the Apple App Store.